CEWARN Monthly Brief from Ugandan side of Karamoja Cluster, February 2011 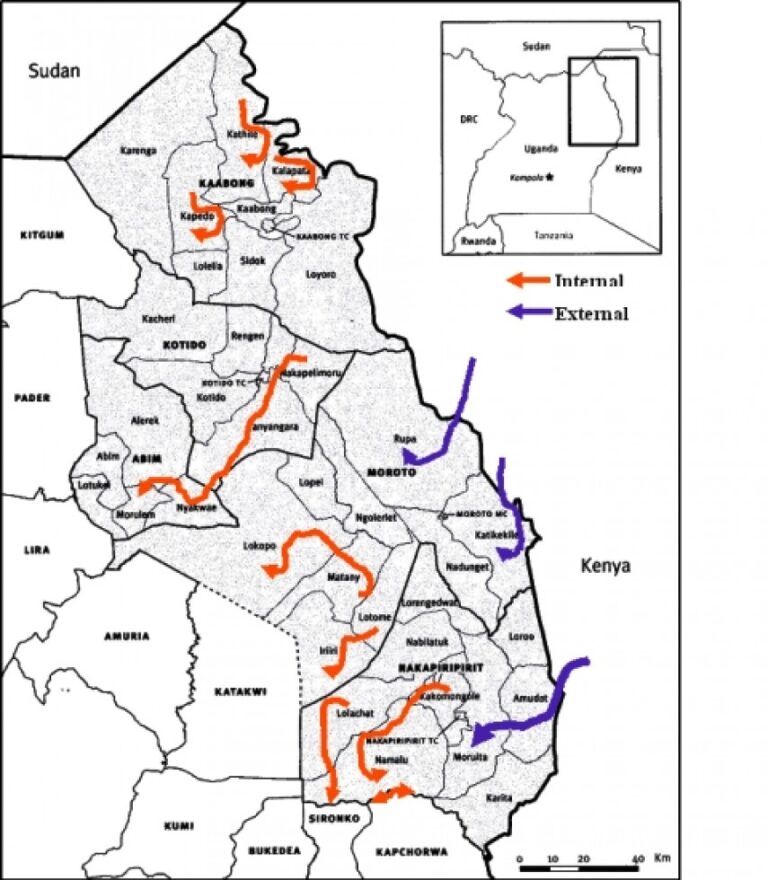 CEWARN’s areas of reporting on the Ugandan side of the Karamoja cluster continue to be affected by an extended drought since September 2010. Related environmental factors as well as resultant shortage of water and pasture are pushing communities in the area to migrate – in some cases across international borders.

During the month of February, there was also a warning issued by the Office of the Prime Minister about a long dry season with shortage of food, water and pasture based on an earlier prediction by the Department of Meteorology that the usual rainy seasons of March and May will likely experience delay in the karamoja Sub-region.

The meeting brought together community-level peace actors as well as governmental and non-governmental stakeholders from the cross-border areas of Djibouti, Ethiopia, Kenya, Somalia, Sudan and Uganda that shared their best practices in local response strategies that have proven successful in mitigation and prevention of cross-border pastoral and related conflicts.

During the workshop, provincial administration officials in CEWARN’s areas of operation as well as CEWARN local peace committees and civil society organizations from these countries presented and deliberated on selected case-based experiences with the aim of strengthening the capacity of local-level peace actors and enhancing the effectiveness of their interventions.