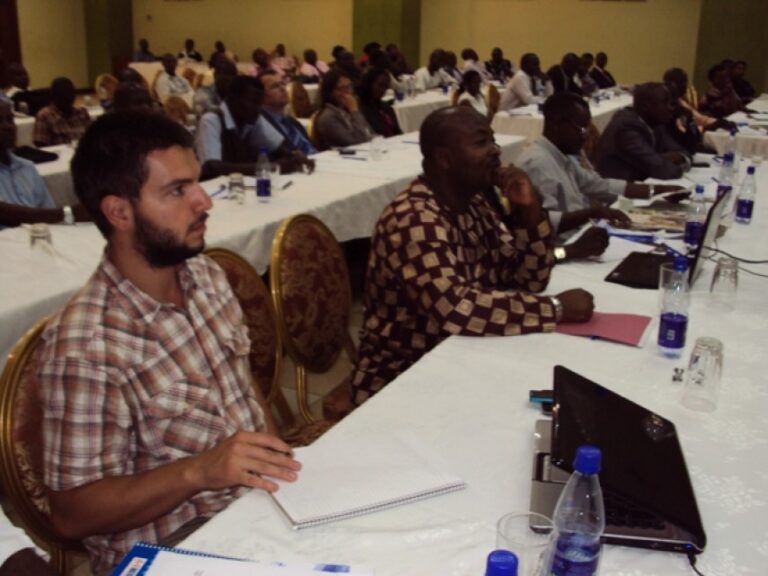 CEWARN in collaboration with Centre for Basic Research (CBR) and the national Conflict Early Warning and Response Unit CEWERU) of Uganda organized a public lecture on “visioning Peace for Karamoja Region,” on 6 September in Kampala, Uganda.

The public lecture looked at the peace and security dynamics in the Karamoja region of Uganda with particular focus on the districts of Amudat, Bukwo, Kaabong, Kapchorwa, Kotido, Nakapiripirit, Napak and Moroto where CEWARN operates.

According to the CEWARN Country Coordinator for Uganda Mr. Joseph Muhumuza who spoke at the seminar, the Karamoja region of Uganda has over the years accounted for the highest number of violent incidents and human deaths compared to neighboring areas in Ethiopia, Kenya and South Sudan.

This is due to a range of factors that include the high-level of diversity of the region as well as a trend of shifting alliances of convenience among communities. Other factors include challenges in the on-going government-led disarmament programme; commercialization of raids and a unique phenomenon of intra-communal raid in these areas.

He noted that the efforts of CEWARN’s national programme in Uganda including timely alerts and responses have contributed to a significant decrease in the number of raids and human deaths. He added, “while the ongoing disarmament programme by the Government of Uganda has also contributed to bring down levels of violence, there is a need for mental disarmament of communities.”

Hon. Remigio Achia, Member of Parliament representing Pian County later presented on historical factors behind conflict in the Karamoja region. Mr. Achia’s presentation covered the history of neglect, rebellion and military occupation of the Karamoja region under the British colonial period as well as continued isolation of the region in the post-colonial period resulting in a historic mistrust between communities and government.

The current Government of Uganda initiated various programmes targeted towards peace and development in the region focusing on disarmament; food security as well as infrastructural and agricultural development with varying levels of success. While the disarmament programme initiated in 2001 was effective in removing guns from the communities, it has done very little in providing protection to those disarmed.

According to Hon. Achia, some of the key factors that have historically contributed to conflict in the region include loss of significant size of land (up to 40 percent taken by Kenya and South Sudan due to shifting protectorate boundaries during the British colonial rule); severe and recurrent drought as well as availability of arms.The weakening of traditional controls of communities over armed youth and incitement by politicians are other factors cited by the presenter.

He stated, conflict might escalate in the region if communities continue to lose land to various investment projects being initiated including prospecting for minerals in the region. Rising levels of poverty and underdevelopment; instability in neighboring regions across the border as well as inability by the government to protect disarmed communities are other factors cited by Hon. Achia that are likely to continue to threaten peace in the region.

The presentations were followed by a lively debate and discussion among participants that included officials of relevant ministries, members of parliament, representatives of international and civil society organizations as well as academicians and researchers in the field of peace and security.

Some of the recommendations in terms of conducting successful Conflict Prevention, Management and Resolution (CPMR) in the region which transpired during the discussion include the need for inclusion of youth in CPMR and peace building programmes targeting the region; the need for CEWARN local peace committees to promote cooperation among communities and the government as well as the need to initiate affirmative action for education and employment opportunities targeting youth.