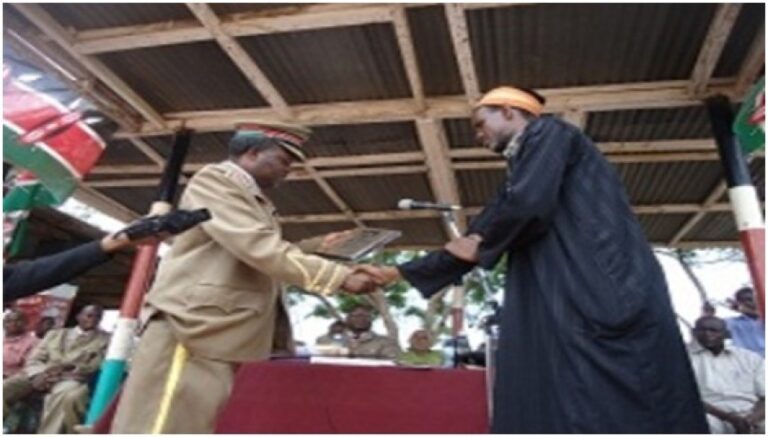 CEWARN Field Monitor for Wajir County of Kenya Adan Abdullahi Bare received an award and recognition from the Government of Kenya for his hard work in contribution to the promotion of peace in the country.

Adan born on 12 December 1969 in Wajir County of Kenya is a conflict action researcher with the centre for Peace and Applied Research (CEPAR). He is also an active member of the Coalition for peace in Africa (COPA) and longest serving volunteer with Wajir peace and development agency (WPDA).

His notable achievements in his own words include significant contribution to formation of district peace committees and local peace committees in Wajir County as well as trauma healing and social reconciliation trainings for Wajir North, Madera West and Moyale District Peace committees at Moyale.

In May 2011, he also facilitated Trauma Healing and Social Reconciliation trainings for 270 participants from Benadir Administration and community groups in Mogadishu, Somalia as well as other trainings for Local Peace Committees from Gedo and Jubba regions of Somalia.

This is not the first time CEWARN Field Monitors have received recognition from Government of Kenya for their efforts and contribution to national and regional efforts to maintain and promote peace.