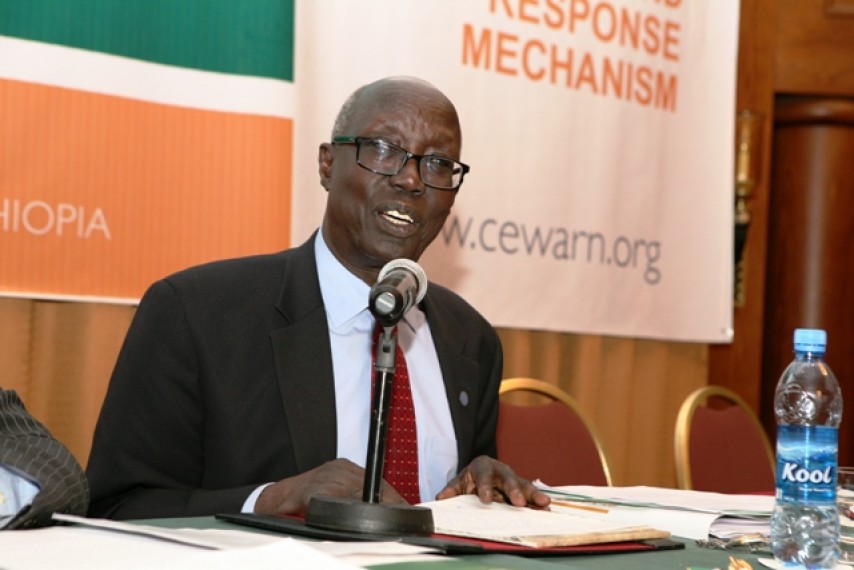 The seminar drew together Heads of diplomatic missions in Addis Ababa; senior government officials and Members of Parliament from South Sudan; senior representatives of IGAD, the African Union, United Nations Mission in South Sudan(UNMISS) and other international organizations working on CPMR as well as academic and research organizations.

It was aimed at provoking policy-level discussions on a better understanding of emerging conflicts in South Sudan as well as application of early warning response to prevent and mitigate conflicts.

Dr. Francis Deng, the UN Special Advisor on the Prevention of Genocide, delivered a keynote speech. He said that South Sudan’s journey to peace is continuous and promising. Speaking as a Southern Sudanese he passionately touched on different national and regional aspects of the security challenges of South Sudan that included social and economic divisions including but not limited to ethnicity and the longstanding center versus periphery structure of economic relations. He made uplifting remarks on South Sudan’s ability to learn from history and engage the future in a way that could make it an exemplary success story.