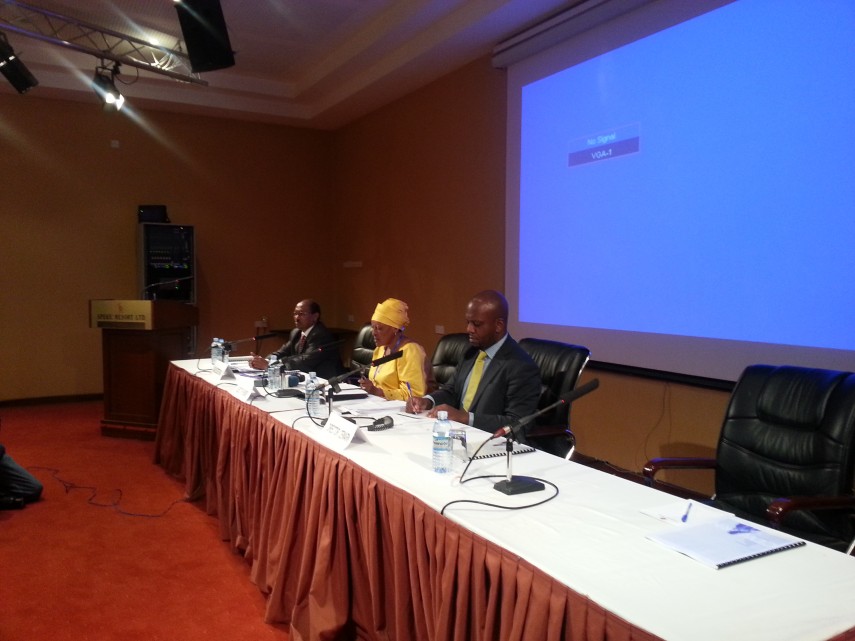 The two-day meeting is aimed at reviewing and paving the way for the launch of a post-2012 conflict early warning and response framework that will build on the work of IGAD’s Conflict Early Warning and Response Mechanism. CEWARN has so far been driving regional cooperation on cross-border security concerns including pastoral conflicts in the Horn of Africa region.

From Left, Mr. Mohammed Moussa Director of IGAD Agriculture and Environment Division, meeting Amb. Rhoda Kaisho, Director for Regional Affairs at the Ministry of Foreign Affairs of the Republic of Uganda, CEWARN Director Dr. Martin Kimani Mbugua presiding over the opening of the two-day meeting.