IGAD to renew partnership with GIZ on Peace and Security Programmes 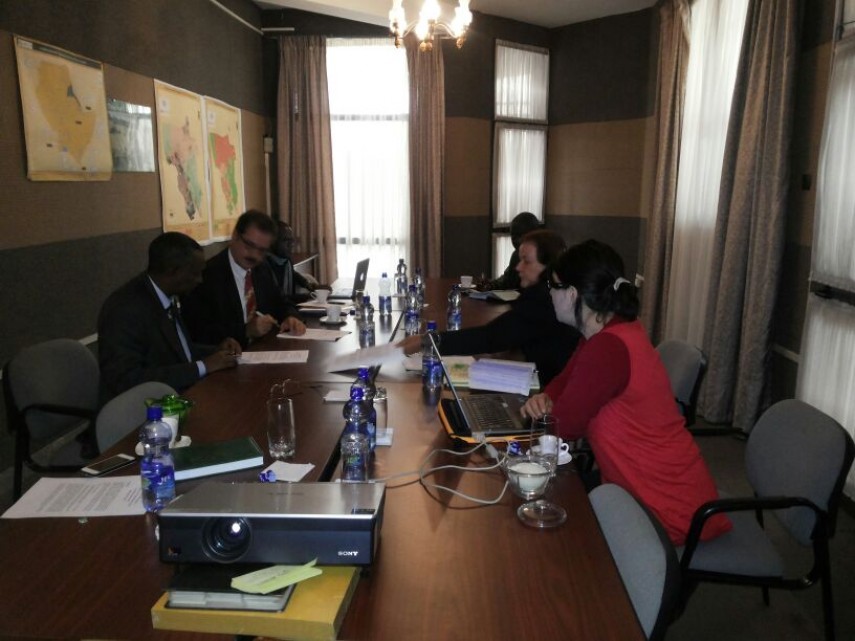 The IGAD Executive Secretary Amb.(Eng.) Mahboub Maalim and GIZ’s advisor for IGAD Mr. Alberto Vega today signed in Addis Ababa, minutes of an appraisal meeting for a renewed partnership between the two organisations on regional peace and security programmes.

The signing follows engagements from 1- 4 July 2014 between CEWARN technical staff, and other partners with a team of GIZ consultants led by Ms. Bernadette Schulz to appraise priority areas for partnership.

Identified areas of common interest include mainstreaming of gender and women issues in peace and security; track II and Track III mediation in South Sudan as well as support to CEWARN’s early warning work in the Karamoja Cluster within the context of the IGAD Drought Disaster Resilience and Sustainability Initiative (IDDRISI).

The team also engaged with Heads of CEWARN’s national conflict early warning and response units from Ethiopia and South Sudan as well as other partner organizations in Addis Ababa including the Institute of Peace and Security Studies (IPSS).