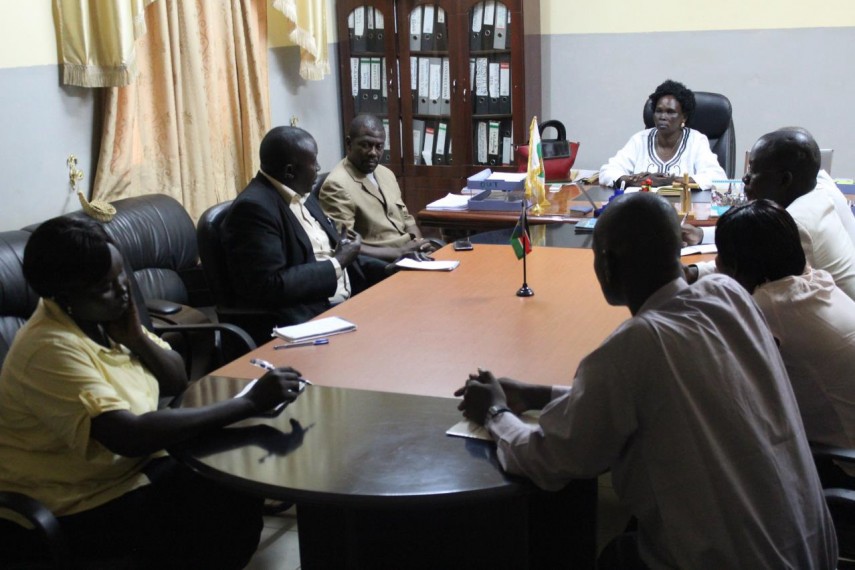 During the exercise, the CEWERU team along with CEWARN’s GIS Officer Mr. Andrew Malinga, engaged with the Offices of the Governors as well as ministries of local government, Social Affairs as well as the Relief and Rehabilitation Commission of the two States.

The team also conferred with representatives of other organizations including UNMISS and UNOCHA. During these engagements, the question of how the CEWERU’s conflict prevention programmes can complement existing initiatives by these organizations in the two states was discussed.

Some of the efforts the CEWERU intends to undertake include providing support to the Northern Bar el Gahzel Peace Forum; organizing bi-annual pre and post migration peace dialogue between the migrating Mesiriya from South Kordofan of Sudan, the Rezgad from Darfur, and the local Communities of the Dinka Malual; as well as providing support to the State Peace Commissions to convene regular meetings of Governors of the border States to appraise peace and conflict dynamics.

Furthermore, the CEWERU also intends to craft Joint Border Resolutions along with their counterparts in the Republic of Sudan and conduct studies to identify the origin, activities, and interests of the Ambororo nomads in Western Equatoria State.