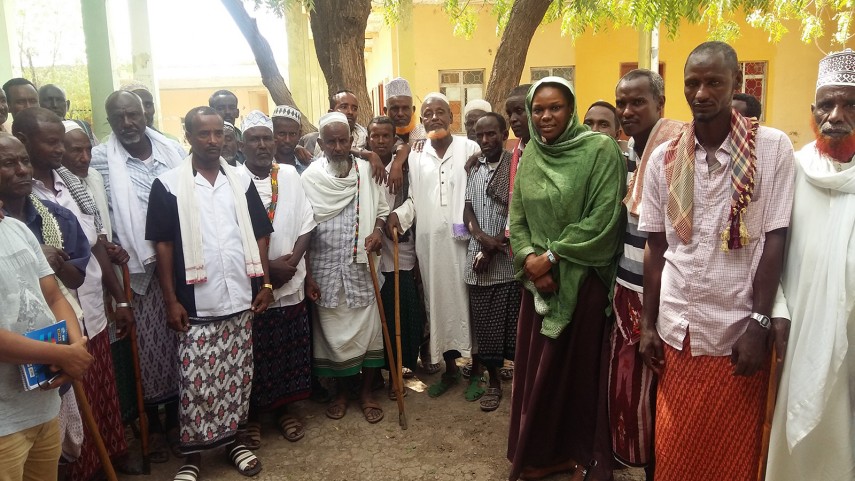 CEWARN with the support of GIZ conducted a capacity assessment mission of local peace structures in Dikhil region of Djibouti and Ely Daar, Ayssaita, Afambo districts of Ethiopia on 2-3 May 2017. The aim of the mission was to identify capacity gaps of these structures in undertaking response projects to conflicts and devise a strategy to fill these gaps.

A two- person team from the CEWARN office and a representative of GIZ conducted focus group discussions and individual interviews with close to 100 members of local peace structures including traditional leaders, local authorities, security institutions, women and youth in adjoining districts of the two countries.

The assessment mission was followed by a validation workshop at the CEWARN office in Addis Ababa on 8-9 May involving national CEWERU coordinators from Djibouti and Ethiopia as well as members of Local Peace Committee from Dikhil cluster, including representative authorities of Afar region of Ethiopia Ayssaita, Ely Daar and Afambo districts.

During the workshop, participants jointly reviewed the preliminary findings of the assessment and shared their vision statements in 3 relevant areas namely: early warning and response; capacity management; as well as cross-border development and cooperation.

Following two days of fruitful exchanges, the participants have agreed on a resolution including the setting up of a a cross-border platform for local peace structures to better coordinate peace initiatives along the border as well as establishment of three corridors of collaboration namely: Ely Daar (Ethiopia) –Dorra (Djibouti) and Ayssaita/Afambo (Ethiopia) –Yoboki/As Eyla (Djibouti).