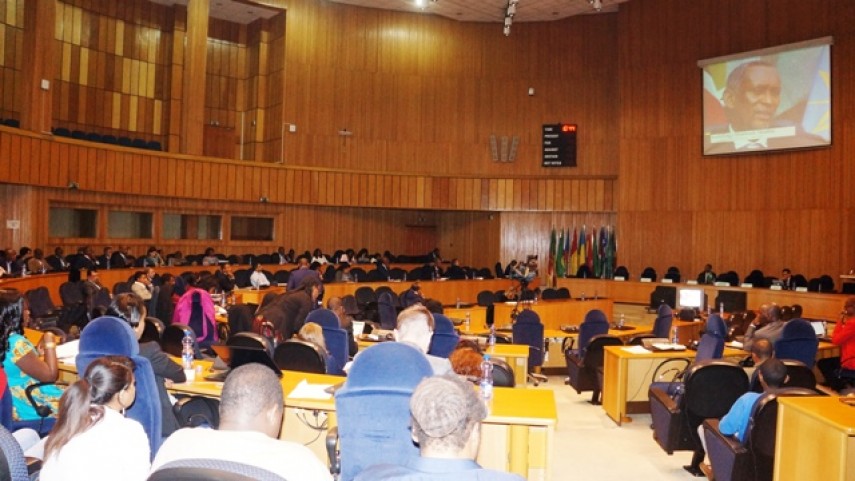 During the event, CEWARN had a rare opportunity to screen a documentary film on its 15yrs of Conflict Prevention and Peace Building work in the Horn of Africa region titled “Security in a Decade and Beyond”. The film’s key messages on the role of citizens and all sectors of society in peace building as well as its strong emphasis on the need for a human security approach in addressing Africa’s security concerns set the tone for official commemoration events that followed with the theme: “Harnessing the Demographic Dividend: Meaningful Youth Inclusion in Peace building (#youth4peace )”.

Four panels comprising high caliber speakers from the various AU agencies and partner organisations spoke on topics related to : “Youth Participation in decision making at all levels”, “Protection of vulnerable youth from all forms of sexual and gender-based violence (SGBV)”; “Youth participation in Conflict prevention”, as well as “Building partnerships to fully support youth initiatives and ensure quality education, youth employment and empowerment”.